On October 9, Waukegan Yacht Club will celebrate Oktoberfest with a fun selection of German food, cold beer and hot pretzels! Come grab a bratwurst, smoked sausage, and some sauerkraut and toast a great year at the club! WYC has doubled its membership in 2021!! Oompah band music will fill the air and people will be dancing polkas in the club again.

Check out our menu! The club will be open from 3pm-9pm Saturday, Oct 9th for Oktoberfest! Food service ends at 8pm so come in early!

Buy tickets online to save $$$

Don’t miss our other upcoming events:

All members and guests are invited!
Don’t miss the biggest party of the year!

The inaugural Milwaukegan Race went off beautifully over the weekend. We had 23 boats register and 20 boats started the race Saturday morning.

Waukegan Yacht Club hosted an amazing party Friday for the racers supplying all the racers with tasty food and cold beverages! A live DJ entertained the crowd and got people up and dancing. We even had a fun raffle of great prizes.

Everything was set for the start of the race the next day. The start of the race was greeted with sunny cloudless sky and light winds from the northwest. It looked like the race would be a challenge for many of the boats. Light wind boats moved out nicely and soon were leading the pack. But by the time the fleet got to Kenosha the winds flipped around to the south and rose and fell the rest of the day but held steady from the south.

Boats with symmetrical spinnakers had the definite advantage over racers with asyms or none at all. With the winds dead from the south it was a run the whole way to Wind point. Many of the racers headed out northeast looking for more wind but that turned out to be fruitless for most.

By sunset, the fastest boats were starting to pull into Milwaukee and tying up at the Milwaukee Yacht Club (MYC). The first boat finished around 7:30pm and the last one came in around 9:30pm. The MYC kitchen stayed open late for the racers and the club treated everyone to free beer. It was satisfying ending to a wonderful day of racing.

Since no one knew what time the racers would arrive in Milwaukee, the race committee decided on a morning award breakfast. On Sunday, the sun rose in a cloudless blue sky and the racers assembled in the MYC boat house for the awards ceremony. Waukegan provided nearly half of the racers for this years’ contest and we took home our share of flags.

Thanks to all the planners, volunteers and racers for making this a new tradition on the Great Lakes! We could not have done this without you!

Ninety-eight racers participated in the 88th Annual Chicago-Waukegan Race in 2021. After being cancelled in 2020 due to the pandemic it seemed that everyone was ready to get out and have a good time. The weather cooperated, too. The original forecast was for light winds from the north. That would have created a slow slog to the north over the 25.5 miles to Waukegan.

Fortunately, the wind did not read the forecast. Saturday morning the wind swung around to the west and built to 10-15 knots by start time at 0900. As the boats crossed the line the wind was gusting periodically over 20 knots. Boats were hitting hull speed and more with just jib and main. A few boats launched their asymmetrical spinnakers.

It looked like this year’s race could be a record breaker. By 1230 the first racers were crossing the finish line and headed into the north harbor to dock by the club.

“Don’t ever believe the weather reports,” is one of Jim Maivald’s favorite aphorism, especially when it come to sailing. “You can’t know what the weather is until you get to the harbor.”

If you believed the weather report for Saturday, May 8th, you would have thought there would be no wind and a long boring race to Winthrop harbor. But, you would have been wrong. The wind was blowing lightly from the northeast at 10am and kept building until start time. At 1100. the wind was at 4-6 knots from ENE.

The WYC Committee Boat was already on station by 1030 waiting for the fleet of racers. Unfortunately, it was a poor turnout for our first WYC Off-Shore race. Only three WYC racers appeared on the line. The first warning went off promptly at 1055. At 1100, the cannon sounded and the racers were off!

As we raced north the sun broke out of the overcast and the rest of the race was in bright sunshine that belied the chilly temperature. We passed east of the new Zion intake marker at over 5 knots.

Winds filled in nicely and we had nearly a record run to Winthrop. The first boat crossed the finish line at 12:32:52 for an average speed of over 4.9 knots.

The racers opened the patio at The Tropics restaurant in the Northpoint marina and had a great lunch before heading back. The sail back was just as fun but not as sunny.

Don’t miss our next Off-Shore Race, May 22 from Waukegan to Zion and back!

You are the greatest asset
of the club!

On Saturday, April 17th, 24 members and guests gathered for the Spring Clean Up and tackled a daunting challenge! The club was closed most of 2020 and had not been cleaned and maintained for nearly a year. Bo Harper, Howard Fassnacht and Jim Maivald planned and organized a cleaning crew of volunteers to tackle this big job and many people stepped up and pitched in. Thanks to all of you who answered the call!

Please thank these members and guests next time you see them! If you helped out and don’t see your name, please let me know and we will correct the oversight!

The second WYC trapshooting event is scheduled for Saturday, April 3, at noon. The event is open to all WYC members and guests.

The event will be hosted at the McHenry Sportsmen’s Club in Johnsburg, Illinois. You do not have to own or bring your own shotgun, there will be extra shotguns so everyone can shoot. Trapshooting is conducted in “rounds”. A round consisted of 25 clays at 5 separate stations. The shooting started at noon and everyone will be able to shoot as least three rounds. The fee covers three rounds but you are welcome to shoot more. An additional fee will be paid on site.

Get your own FOID card

Although you don’t need a FOID card to shoot you do need one to buy your own ammunition or a gun. We plan on scheduling future events. So you may want to apply for a card as soon as possible. You can apply for a FOID card by clicking the following button:

Note processing of FOID cards has been very slow due to the pandemic. You may not be able to obtain the card before April 3rd. Children may also obtain a FOID card if sponsored by a FOID carrying adult or guardian.

The RC Regatta scheduled for Saturday, February 13, 2020 is POSTPONED due to weather. The RC Boat build is still on for Saturday!

Unfortunately, Waukegan harbor froze solid over the last week and is unsuitable for sailing or swimming.

The RC Regatta has been tentatively moved to May 6, 2021.
If the weather permits racing at an earlier date,
we will send out another notice.

Come learn  how to build and sail DragonForce 65 sailboats and other radio control boats.

Click here to RSVP for Boat Build and Discussion

$10 cash at door, for non members and guests

RSVP for Practice Sailing and Racing

Come experience the fun and the joy of sailing from INSIDE the club!

Limited food and beverage, feel free to bring your own.

A motion was made during the Members Meeting to approve the 2020 slate for the Board of Directors unanimously. The motion was seconded and approved.

Please congratulate the members of the board at your earliest convenience.

Contact any board member if you wish to pitch in! Please watch for emails calling ALL HANDS. That’s the sign that we need your help. 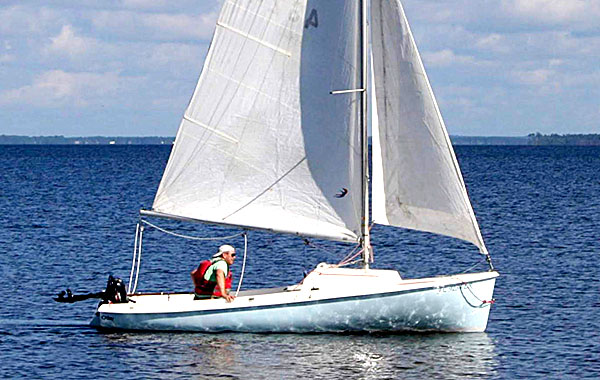 The Sail Committee is meeting this Saturday, December 18 at Waukegan Yacht Club to get our fleet ready for frostbiting this year. We have two O’Day 17s and other small […]

The Commodore’s Ball this year was split off the Sail Awards for the first time in 4 years. The turnout was slightly smaller but nearly 30 members and guests reserved […]

Waukegan Yacht Club kicked off its Fall Racing series by combining fleets with Anchorage Yacht Club. Eight boats turned out for a reverse PHRF race to Zion and back. The […] 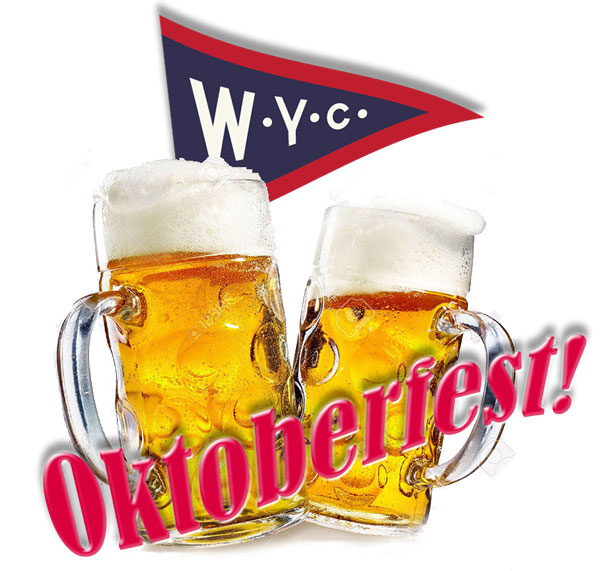 On October 9, Waukegan Yacht Club will celebrate Oktoberfest with a fun selection of German food, cold beer and hot pretzels! Come grab a bratwurst, smoked sausage, and some sauerkraut […]