“Don’t ever believe the weather reports,” is one of Jim Maivald’s favorite aphorism, especially when it come to sailing. “You can’t know what the weather is until you get to the harbor.”

If you believed the weather report for Saturday, May 8th, you would have thought there would be no wind and a long boring race to Winthrop harbor. But, you would have been wrong. The wind was blowing lightly from the northeast at 10am and kept building until start time. At 1100. the wind was at 4-6 knots from ENE.

The WYC Committee Boat was already on station by 1030 waiting for the fleet of racers. Unfortunately, it was a poor turnout for our first WYC Off-Shore race. Only three WYC racers appeared on the line. The first warning went off promptly at 1055. At 1100, the cannon sounded and the racers were off!

As we raced north the sun broke out of the overcast and the rest of the race was in bright sunshine that belied the chilly temperature. We passed east of the new Zion intake marker at over 5 knots.

Winds filled in nicely and we had nearly a record run to Winthrop. The first boat crossed the finish line at 12:32:52 for an average speed of over 4.9 knots.

The racers opened the patio at The Tropics restaurant in the Northpoint marina and had a great lunch before heading back. The sail back was just as fun but not as sunny.

Don’t miss our next Off-Shore Race, May 22 from Waukegan to Zion and back!

Welcome Family, Friends, and Alumni of WYC Junior Sail! Join WYCYF for this event filled with energy and anticipation of summer winds on Lake Michigan!

The Waterfront Tailgate is their kick-off fundraising event for the summer of 2021. Pack up your coolers and deck chairs for some tailgating fun on the lakefront. Bring your own food or preorder PIZZAS for pick up at the event.

Join us for this great new fundraising event to support WYCYF Junior Sailing! Waukegan Yacht Club Youth Foundation is a 501(c)(3) charitable organization. Donations made at the event may be deductible and documentation will be available during the event or you may choose to have it emailed after for your tax purposes.

Poor weather/rain date is May 2. Announcements will be made via email by 9 AM on May 1 if the rain date is necessary

Sorry, we are postponing the first race again. We did not receive sufficient responses to hold this event. We will try again on May 5th.

Below you will find the cruising schedule for the Waukegan Yacht Club Cruisers. All boaters are welcome to join us, motor and sail.

For scheduled cruises you are welcome to reserve a pier or other accommodation at the destination harbor. Most reservations can be cancelled up to the same day as arrival.

If you do not have a boat, let us know you are interested in joining the cruise as crew! We will pair you up with a boat.

Please join us for all our cruises!

After two failed attempts Waukegan Yacht Club finally got our first 2021 race under our belt. The wind was very unpredictable at first. It shifted 20-30 degrees several times before the race started and almost died. But after delaying the start of the race for 20 minutes section one responded to the cannon on the Committee boat and jumped off to windward. Fortunately, the wind filled in and the race was on.

As the picked up the bunched up racers started to separate. The skies were spackled with thin clouds the temperature brisk. The air was crystal clear and the visibility unlimited. Chicago sat proudly on the southern horizon begging for a visit.

As the wind picked up the mark, so tiny on the eastern horizon, approached quickly.  Most racers made the mark with only two tacks.

Although we started late, the fleet made it to and around mark in record time. The wind shifted finally to the south allowing everyone to sail right to the mouth of the harbor.

You could not have asked for better conditions for the first race, although 70 degrees would have been appreciated by everyone. Is your boat in the water? Are you signed up for WYC racing? It’s never too late! Come out and join the fun! All racers are welcome.

All racing skippers must provide crew on the WYC Committee boat a minimum of three times during the season. Please schedule your time on the boat by clicking below:

You are the greatest asset
of the club!

On Saturday, April 17th, 24 members and guests gathered for the Spring Clean Up and tackled a daunting challenge! The club was closed most of 2020 and had not been cleaned and maintained for nearly a year. Bo Harper, Howard Fassnacht and Jim Maivald planned and organized a cleaning crew of volunteers to tackle this big job and many people stepped up and pitched in. Thanks to all of you who answered the call!

Please thank these members and guests next time you see them! If you helped out and don’t see your name, please let me know and we will correct the oversight!

If you plan on racing your boat or participating as crew aboard a racing sailboat you should be familiar with the Racing Rules of Sailing. The rules are formulated to make racing safe, fair and enjoyable for all participants. It is critical that everyone is informed and knowledgeable about the rules. Racers who know the rules can often use them to gain an advantage over other boats in the race.

This class will cover the basics for beginners and refresh your understanding of the rules so that everyone is on the same playing field. If you are a US Sailing member you should have received a copy of the rulebook as part of your membership. Please bring your copy and pen and notebook.

The Waukegan Yacht Club has a long history and tradition of sailboat racing and competition. Each year since its founding in 1927 the club has hosted a series of races for members and fellow sailers. You do not need to be a member of the Club to race or participate as a crew member.

This class will introduce you to the terms and terminology of sailboat racing and expectations of crew members on a racing boat. It is free of charge but you must RSVP in advance to attend. This class may be held aboard a member’s boat, so please dress appropriately. Wear soft-soled shoes preferably with white non-marking bottoms.

The Waukegan Yacht Club burgee is well known around the world and is available for purchase through the WYC Club store. Founded in 1927, WYC is one of the oldest yacht clubs on the Great Lakes. In March, the WYC board voted to return to the traditional burgee. We ordered a set of burgees and they are now in stock.

Order yours today and fly it proudly from your yardarm.

For years, the Waukegan Yacht Club has displayed photos of members boats on the walls of the bar inside the club. Unfortunately, many of the photos hanging on the walls today are of boats of members that are no longer part of the club. The WYC Sail Committee has decided that the photo wall should be updated with photos of the boats of current members. All members in good standing are invited to submit a framed 8″ X 10″ photo of their boat to be hung within the club for 2021. We will have one wall dedicated to members who participate in our weekly races and the photos will be displayed each week in the order of that week’s race results. Each week after the race on Wednesday we will have an impromptu ceremony at the club to honor that week’s winners and set their photos in the proper order. All racers are encouraged to attend and participate.

Another wall will display photos of all other members’ boats. Photos can be of sail or power boats and may include your skipper and crew. Photos may include name plaques identifying the boat or skipper’s name. The first WYC race is scheduled for Wednesday, April 21. This will be a practice race and not count toward flags or awards. All racers are encouraged to participate to get their boats and crews into shape for the upcoming season. The club is also planning a Fish Fry for April 23. You may bring your photos on either dates or anytime afterward, whenever the club is open.

We hope that all members submit photos for our “Wall of Fame”! If your photo does not have a plaque identifying the boat or owner, please identify your photo in another way so we know who it belongs to.

Please make sure all frames are plain black or brown and no more than 1″ in width on all four sides. The maximum dimensions of any framed photo should be no more than 12″ x 13″. At this time we’d like to hang photo only in portrait mode. 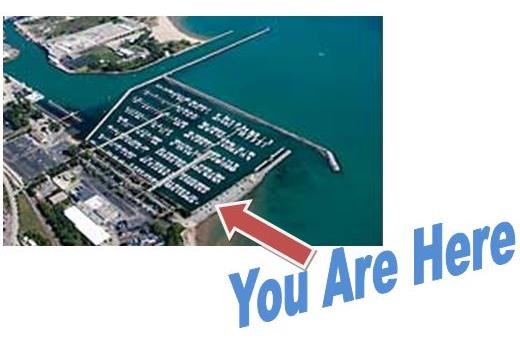 Below you will find the cruising schedule for the Waukegan Yacht Club Cruisers. All boaters are welcome to join us, motor and sail.  Winthrop, IL – May 8. Practice Cruise. We [...] 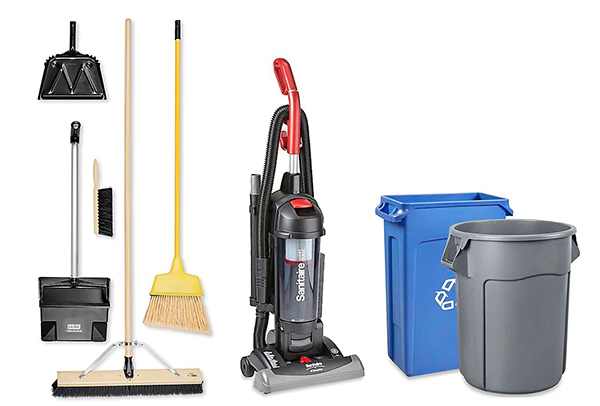 You are the greatest asset of the club! On Saturday, April 17th, 24 members and guests gathered for the Spring Clean Up and tackled a daunting challenge! The club was […]

Come join the fun and race your RC sailboat! All RC Sailors are welcome! Date/Time: March 20 at 12 noon. Cost: $20 at the door. Food/Beverage: pizza, alcoholic and nonalcoholic […]